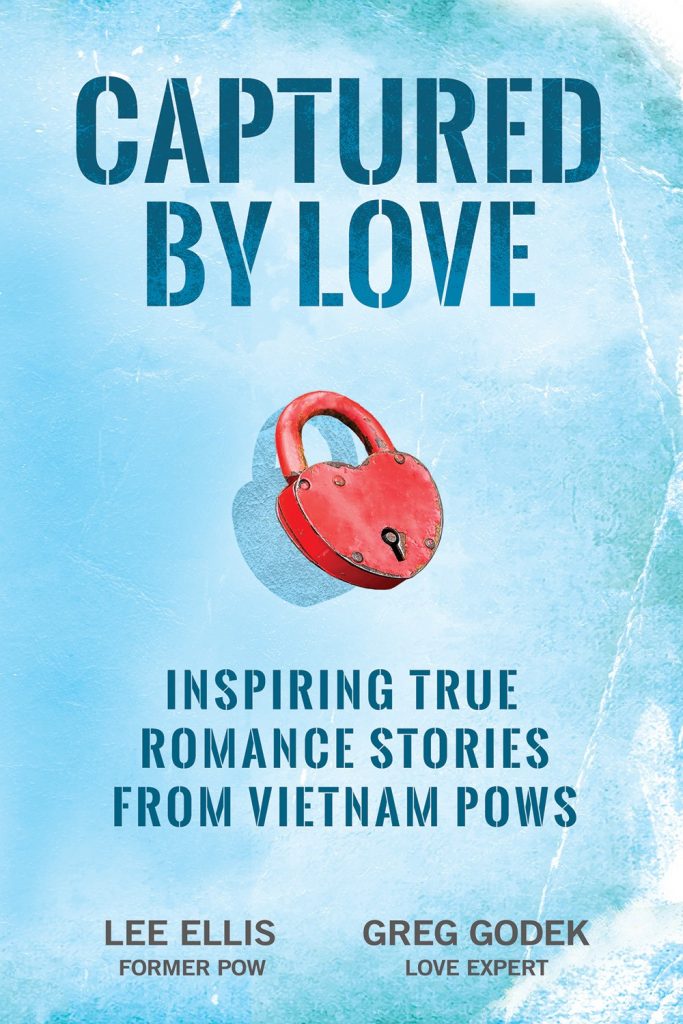 A New Book is Coming in 2022! Captured by Love: Inspiring True Stories from Vietnam POWs will share the amazing stories of enduring love with loved ones far away from home as Vietnam POWs waiting for their return. Like the torture experienced by the POWs in the camps, how did these relationships survive such an ordeal? And what can we learn from their experiences? Meet a fighter pilot POW who…

…proposed to his girlfriend of two months at the White House, in the Green Room, at 2am.

…after eight years in prison said to his wife in his first phone call upon his release, “Hi Jane. It’s Tarzan.”

…had a wife who shook her finger at the Vietnamese Communist delegation at the Paris Peace Talks.

…while a prisoner, crafted his perfect fantasy girl in his head and how that played-out upon his release.

…met a young lady at the Dulles International Airport, and one hour later she told her friends, “I just met the man I’m going to marry!” and she did a few months later.

Learn More by watching the introductory clip, reading some sample stories, and sign up for receive updates on the book’s release.