What happens inside you when you feel disrespected? Have you ever had some form of attack on your dignity, and how did that feel? Some of my strongest emotions from my Vietnam POW experience were the daily attempts by our enemy to humiliate us and destroy our dignity. Even many years later, I still get torched when I feel disrespected. One of my areas of growth has been to learn to calm myself, give grace to others and forgive. So with the pain of being dissed in mind, let’s look deeper at the four dangerous traps related to dignity and respect that leaders should avoid.

Many leaders may not be aware that the strongest behaviors we have are to meet our deepest desires and human needs. Beyond safety and security, most of us have a deep desire to be valued, to count for something, and to have meaning and purpose. Being disrespected attacks our basic dignity and that undermines these deep needs, arousing strong emotions of negative energy. The Golden Rule exists in similar words in the eight major world religions, and it’s all about respect and showing dignity to others. This universal truth has remained a cornerstone of wisdom for one simple reason—it works and it’s very important for healthy living. It’s also crucial to good leadership.

“Treat others with dignity and respect. Take the lead, and show value to others.” [Tweet This]


At least one-third of the population has a natural behavior for being in charge and taking control of the agenda. Those of us in that category, naturally turn to power to get things done and get what we want. Being in charge and responsible for results isn’t a bad thing, but dominating others destroys their dignity and undermines respect. No one likes to be micromanaged, controlled, bullied or manipulated. Human dignity requires respect regardless of roles and position, and leaders especially need to be careful in this regard. Choose the healthy alternative and courageously engage others with respect and a positive attitude.

Another one-third of the population will have a natural tendency to use withdrawal as a way to control and manipulate others. This is a more passive-aggressive way to gain power and dominate via stealth.  But the message is the same, “you are not respected.”

In the past, I’ve been hired to coach leaders who go into their office and shut the door so they don’t have to deal with others. It wasn’t intended to be manipulative or disrespectful, but that’s the way it came across to their people. Likewise some leaders don’t give positive feedback, or show value to their people, or avoid getting to know their people at all. Choose to follow the tactics mentioned previously for those who dominate by courageously engaging with respect and a positive attitude.

Gossiping is a widespread yet subversive way to lower others, minimize our own personal insecurities, and elevate ourselves at the same time. Not only does it create negative energy detracting from the mission, but relationally it undermines team morale and trust.

To eliminate gossip, first we have to personally scrutinize ourselves to recognize and break the habit immediately. Second we have to be willing to courageously engage others on the issue reminding them that it’s disrespectful. Human beings are masterful at disguising gossip, so it won’t be easy. The best tactic is to objectively approach it as a human problem that affects any team and then build a culture that recognizes and stops it as soon as possible. Educate and enlist everyone on your team to make gossip taboo in your organization, and then take action with consequences for those who continue this destructive habit.

Many leaders have a strong natural behavior for discernment and the ability to make quick judgments. It can be good in certain situations, but often it undermines the dignity of others and makes them second-class citizens. Like gossip, judging may help us feel better about ourselves, but it’s also destructive and doesn’t stand up to the Golden Rule.

Some time ago, I read a couple of biographies on General Dwight D. “Ike” Eisenhower, supreme allied commander in WWII and our 34th President. While hazing a plebe at West Point, he berated him for his prior occupation as a barber. Ike ruthlessly ridiculed the young man for being such a “lowly” person. Ironically, Ike came from a blue collar background himself, but he had good upbringing; so upon reflection he was so ashamed of his behavior that he went to the plebe and apologized. This was an emotional event with a lesson that he never forgot. Ike’s ability to work with others without judging was a key skill that enabled him to collaborate with the egos of Roosevelt, Churchill, and Generals Montgomery of Britain and Patton of the US. Choose to be impartial with others without judging them, and you will open many doors of favor and good standing with those around you.

Soft Skills that Make a Difference

In the Honor Code that we use in training and coaching, these seemingly soft leadership skills of displaying dignity and respect may sound simple and unimportant, but they’re foundational for long-term success and growth. And for understanding your natural leadership behavior or those on your team, we strongly recommend an assessment tool like Leadership Behavior DNA to pinpoint and understand each other.

Where do you struggle and what are you willing to do about it?  It’s all about being intentional and constantly working to improve. Please share your thoughts and experiences with us. 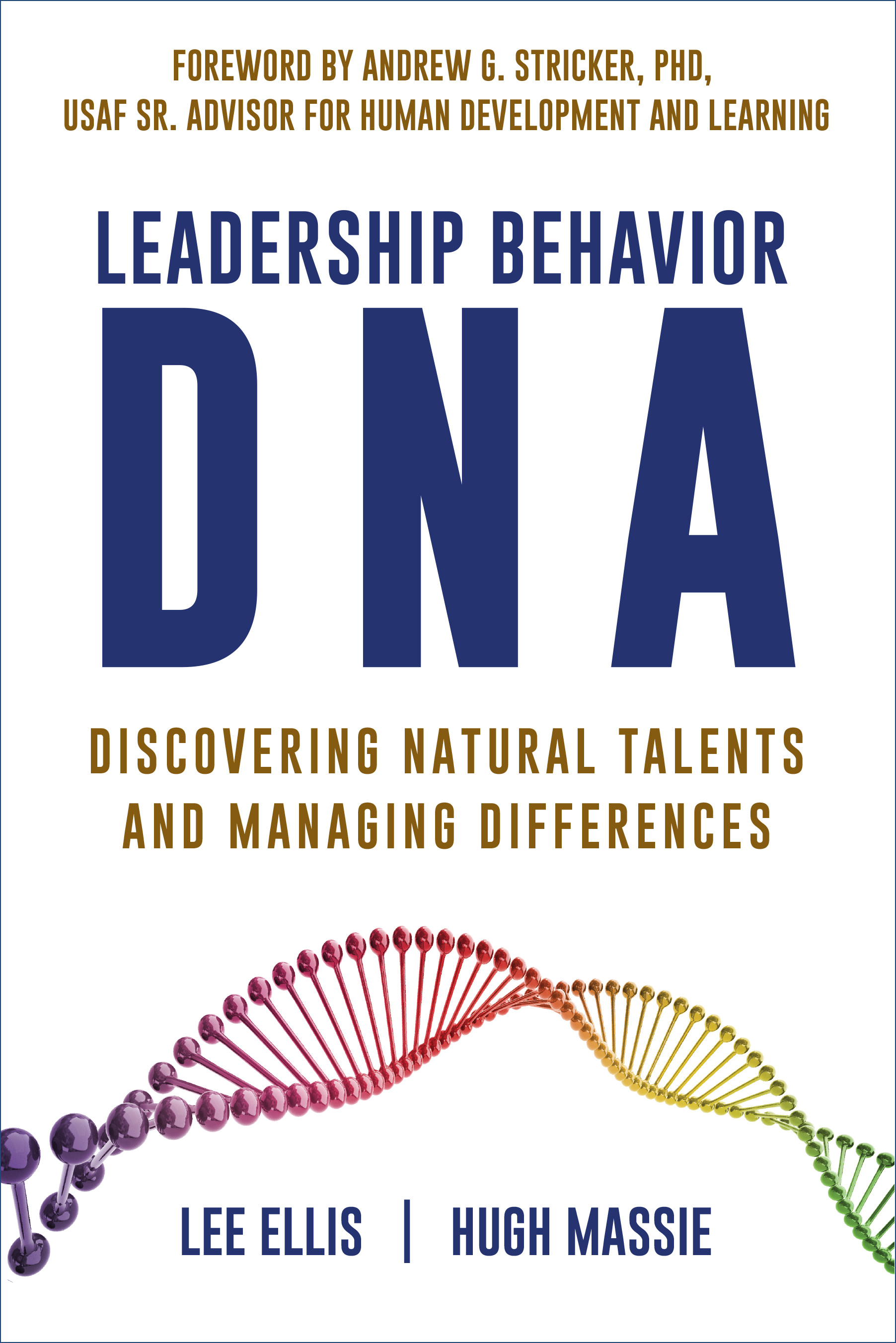 Every human is unique — and the best leaders know why this might be an advantage. Learn how embracing different talents and abilities, both our own and those of others, can lead to more effective leadership and success.

Grounded in statistical research and supported by data from millions of clients and more than 45 years of workplace experience, Lee Ellis and Hugh Massie reveal their personal stories and experience on how they’ve successfully helped organizations achieve their goals by applying practical insights on human design.

“…There are few that have made significant strides on making ‘knowing yourself’ operational and real as Lee and Hugh have in this marvelous book. Reading this book is a compelling adventure. If you follow the path, you will change for the better!” – Richard Boyatzis, Co-author of the international best seller, Primal Leadership and the new Helping People Change

“This is the book that I have longed for during my decades in managing talent. Having seen the positive impact of DNA Behavior on my teams, this is a must-read for leaders who desire to build strong teams by accelerating natural talents in an authentic and lasting way.” – Belva White, CPA, MBA, Vice President for Finance & Treasury, Emory University