The DNA Behavior Assessment is comprised of 46 sets of three non-situational items (pairs of phrases) that relate to one of the 8 factors using a forced choice rating (most like, least like) methodology.

A total of 138 items are rated. The “forced choice” rating system is used because it has been shown to provide the most reliable methodology for predicting behavior in the work environment.

The 46 three-question sets of words/phrases used in the assessment were determined by experienced subject matter experts on the DNA Behavior Research team, which included the I/O psychologists from Georgia Institute of Technology who performed the independent validation work. Collectively the research and development team represented more than 100 years of relevant experience in developing and deploying behavioral assessment instruments.

The DNA Behavior Assessment is structured to assess eight major personality factors as well as 24 related subfactors. These measures of behavior are designed to be more specific than Costa and McCrae’s (1985) measure of the “Big Five” and other personality inventories, as it captures important dimensions of behavior on how people make decisions, interact and build relationships, achieve results, handle information and complete tasks, develop trust, set and achieve goals, take and live with risks and learning styles.

Convergent validity for each major factor[i] of the DNA Behavior Assessment was determined by correlating scores for that factor with an established, widely used, third-party validated personality assessment (VPA) that measures similar constructs. Each major factor of the DNA Behavior Assessment displayed high (.70 or above) correlations with the corresponding factor or subfactor from the other assessment – specifically:

The performance of the DNA Behavior Assessment has been monitored since December 2009 on a regular basis, using new data that is received from participant usage. In December 2013, the original model was reviewed, based on a randomly selected sample of 10,000 users. A statistical re-norming exercise showed no material differences that would necessitate changes to the factor scoring model. The DNA Behavior Assessment has been used in forty-seven countries and translated into five languages. Usage now exceeds 1.5 million people on an annual basis.

Contact Us to learn more about our psychometric and statistical validation process.

Contact a Leadership Behavior DNA Representative to learn more and get a customized quote on LBDNA report and service options. 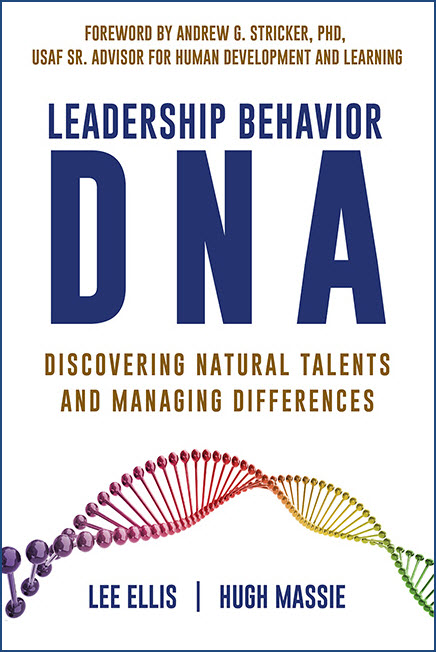 Want to know more about LBDNA Report Services and Training? Contact Us for a custom proposal.

Become a Certified Advisor to administer and interpret LBDNA as an internal trainer or external reseller. Reserve your spot for an upcoming remote training–limited availability:

Some of Our Clients Include