Home | Monthly Article | Defining Your Core Leadership Identity: Back to Square One

Defining Your Core Leadership Identity: Back to Square One 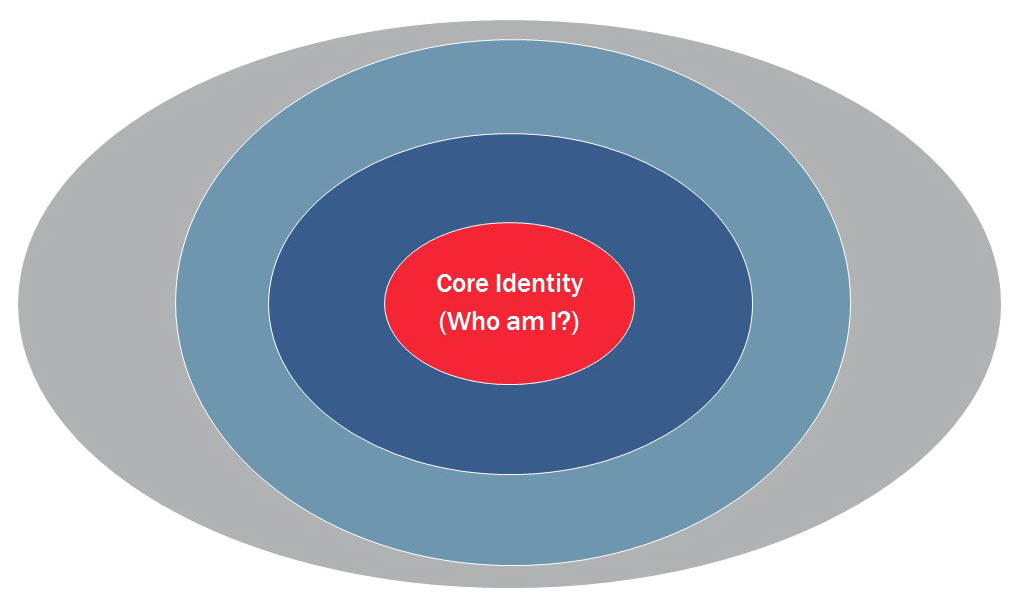 When I was a young boy, my goals were simple and quite clear. I was going to do something special. Either I would play football for the Georgia Bulldogs, or I would be a fighter pilot. As a senior in high school at 155 pounds and only average speed for a quarterback or safety, it became clear that the Air Force was going to be my future. A year after college graduation, I had my wings and headed to combat training in the F-4 Phantom, a perfect fit for my size and ego. I was finally doing what I wanted to do so that I could be a fighter pilot—the ultimate identity. How could it get any better? This poor farm boy who had only recently plowed mules had achieved a privileged identity—piloting supersonic tactical jets. 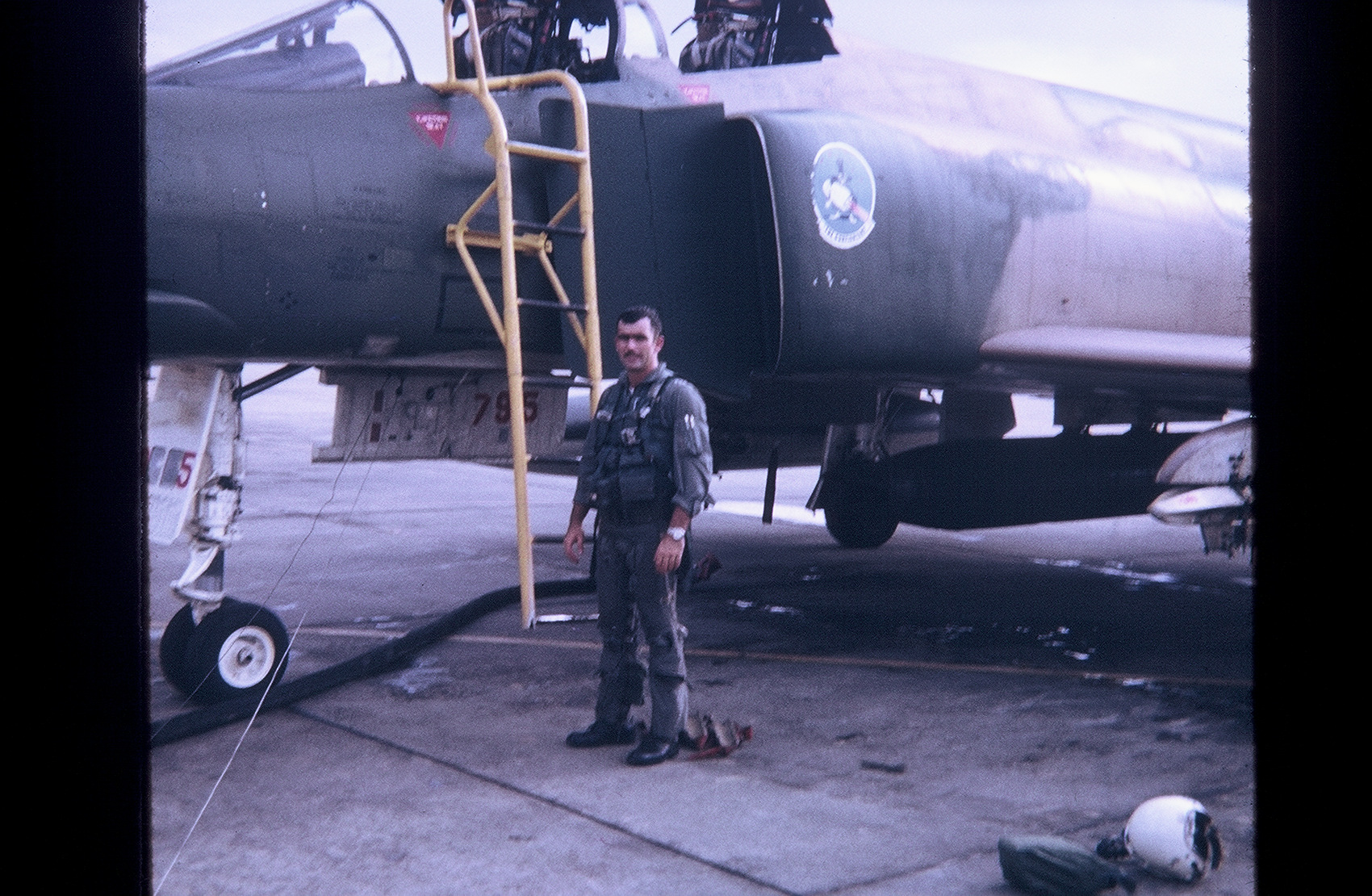 Within the next year I was deployed to Vietnam and after a few months became a very experienced combat pilot with more than 70 missions, fifty of which were deep into enemy territory. Then one day, it all blew up—literally. My aircraft blew up and I parachuted into the enemy’s hands. Now came the challenge—tied up and then locked up, what was my true identity? Over the next five plus years, I would have plenty of time to take stock and reflect on that question. Who am I?

The Layers of Identity

“Defining your deep, core identity is crucial for honorable leadership.” [Tweet This]

This subject of identity seems to be popping up everywhere I turn. It seems crucial to human development, growth, authenticity, and leader development.  So, it has my attention. Like so many concepts, it seems simple and yet it’s so complex. The more you examine it, the more important it seems and the more it seems to track to so many of the human issues in our culture—especially leadership.

Identity has many layers—you see them differently depending on your perspective. As I once believed, what you do in your work/career is an important part of your identity, but if you study it a bit, you see, as I learned so shockingly, it’s not enough. There is more, so it’s a healthy thing to pause to reflect on how you see your identity. One good way to explore this subject is to picture it visually and put the facets in some sort of spatial order.

As you read the rest of this article, also watch the Leading with Honor Coaching clip for month:

As a starting point, let’s use concentric circles, with a core in the center. The core will contain the most important concepts and the outer circles can contain various other aspects of identity that we all possess (or experience). Perhaps they may be considered like layers of an onion—let your imagination work with it. The graphic below is a first attempt; it’s a work in progress. The goal is to use it as a tool for reflection and discussion:

We can see that what we put in the core should be our best effort at clarifying out true inner identity. Who are we at our core? I thought I was a fighter pilot, but that was really just one of the outer layers as my profession. As a POW in my 20’s, for all I knew I might not ever fly again. In my years of reflection, I came to realize that flying was very important, but perhaps not my core identity.

It takes a lot of grappling with yourself to come up with your core—your internal identity. Here are some that seem to best define who we really are:

“An honorable leader’s core identity isn’t fixed. It is only loosely gathered, and we must choose and commit to it repeatedly.” [Tweet This]

To live and lead from your core is an active battle for our soul and everything we say we stand for.

Being true to your core self is vital. It sounds simple, but it’s always a challenge. Because we are human. Here are two examples of success and failure. One battled and one assumed that pretense was enough.

– Abraham Lincoln has consistently been voted as America’s greatest President. I believe it’s because he battled to stay true to his core values. This gave him a strong inner confidence and great courage to do hard things and make hard choices. In her book Team of Rivals, presidential historian Doris Kearns Goodwin shares how Lincoln hired his political opponents for his cabinet. Lincoln thought they were the best talents available for the job. He was a politician who remained true to his core after he got to Washington. He put his country above his party.

– Jeb Magruder was an infamous figure in the Watergate Coverup. In his book, An American Life: One Man’s Road to Watergate, Magruder said that he had good upbringing and was taught right from wrong, but somewhere along the way, he lost his ethical compass. When examined, it’s clear he was not true to his core identity. When faced with the options that compromised his character, he did not stand and fight for his core identity and it disintegrated. He became something he had not intended. That can happen to any of us when we don’t intentionally fight for our core identity.

The Inspiration of Rudyard Kipling

In the long dark days of incarceration in the POW camps, there were many lights of inspiration. One was the poem “If” by Rudyard Kipling. Some bright soul down the hall had memorized it as a youth. Covertly, it made its way to our cell. This poem probably addresses the battle for our inner core more than any other advice or counsel I could have ever received. We had no paper, so most of us memorized it. The verses still echo through my head, serving as an identity coach—almost every line refers to what we are talking about here. Because of the circumstances the one that meant the most to me in the camp was:

“If you can force your heart and nerve and sinew

To serve your turn long after they are gone,

And so, hold on when there is nothing in you

Except the Will which says to them: ‘Hold on!’”

The poem “If” is about the battle that we all face to clarify and remain true to our identity. Some of the other verses may better serve you and where you are today (it’s provided below). I challenge you to read this poem and then comment on what it means to you and your efforts to connect with and courageously stand for your core identity.

<<<Receive free Leading with Honor Coaching each month in your inbox – Sign up  and get instant access. Your information is safe with us.>>>

Use the Powerful Lessons in Leading with Honor with Your Team 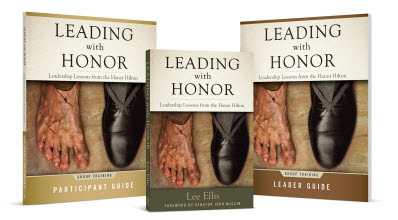 This training program includes a Leader Guide, Participant Guide, and book along with online video clips.

Using this self-study training program, you can study the 14 leadership lessons from the POW Camps with your team. These materials provide everything you need to facilitate your own group training.

Poem “If” by Rudyard Kipling

If you can keep your head when all about you

Are losing theirs and blaming it on you,

If you can trust yourself when all men doubt you,

But make allowance for their doubting too;

If you can wait and not be tired by waiting,

Or being lied about, don’t deal in lies,

Or being hated, don’t give way to hating,

And yet don’t look too good, nor talk too wise:

If you can dream—and not make dreams your master;

If you can think—and not make thoughts your aim;

If you can meet with Triumph and Disaster

And treat those two impostors just the same;

If you can bear to hear the truth you’ve spoken

Twisted by knaves to make a trap for fools,

Or watch the things you gave your life to, broken,

And stoop and build ’em up with worn-out tools:

If you can make one heap of all your winnings

And risk it on one turn of pitch-and-toss,

And lose, and start again at your beginnings

And never breathe a word about your loss;

If you can force your heart and nerve and sinew

To serve your turn long after they are gone,

And so hold on when there is nothing in you

Except the Will which says to them: ‘Hold on!’

If you can talk with crowds and keep your virtue,

Or walk with Kings—nor lose the common touch,

If neither foes nor loving friends can hurt you,

If all men count with you, but none too much;

If you can fill the unforgiving minute

With sixty seconds’ worth of distance run,

Yours is the Earth and everything that’s in it,

And—which is more—you’ll be a Man, my son!