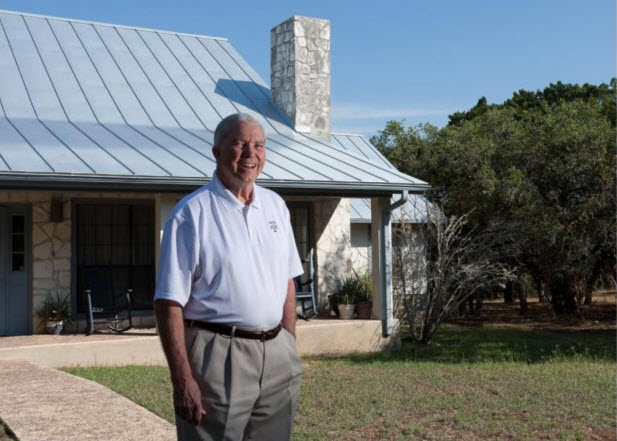 As someone who may have an interest in human behavior and the power of understanding natural talents in yourself and others, I want to share the rich lessons that I witnessed for over 40 years with this very special mentor—not related, but definitely like family, Col Don Ellis USAF (1932-2018).

Col. Don Ellis was a highly decorated Air Force officer serving 37 years, from 1955 to 1982. Assignments included Air Training Command, Alaska Air Command, the Air Force Academy, and 604th Special Operations Squadron. A Vietnam veteran, he served there 1968 -1969 with over 333 combat missions in the A-37.

During his duty as Squadron Commander of the 560th Flying Training Squadron (the Cheetahs), he had the huge task of requalifying me and 150 other active duty military pilots who were POWs in Vietnam. This process had never been done, but his pioneering spirit took on the challenge.  The success of the Operation Homecoming requalification program is legendary in the Air Force and stands as a tribute to Don’s skilled and positive leadership.

In 1973 I had just returned home from the war as a former POW and wanted to re-qualify as a fighter pilot and continue my military career. Don was a critical person in that season of my life, and I am indebted to his competence for making the program possible and fun. I’ll also never forget how he made me feel—his confidence in me as a person and as a pilot were exactly what I needed at this critical juncture in my life.

Seven years later, when I returned to the 560th Cheetah squadron as commander, Col Ellis was again my boss in the role of Vice Commander of the 12th Flying Training Wing. 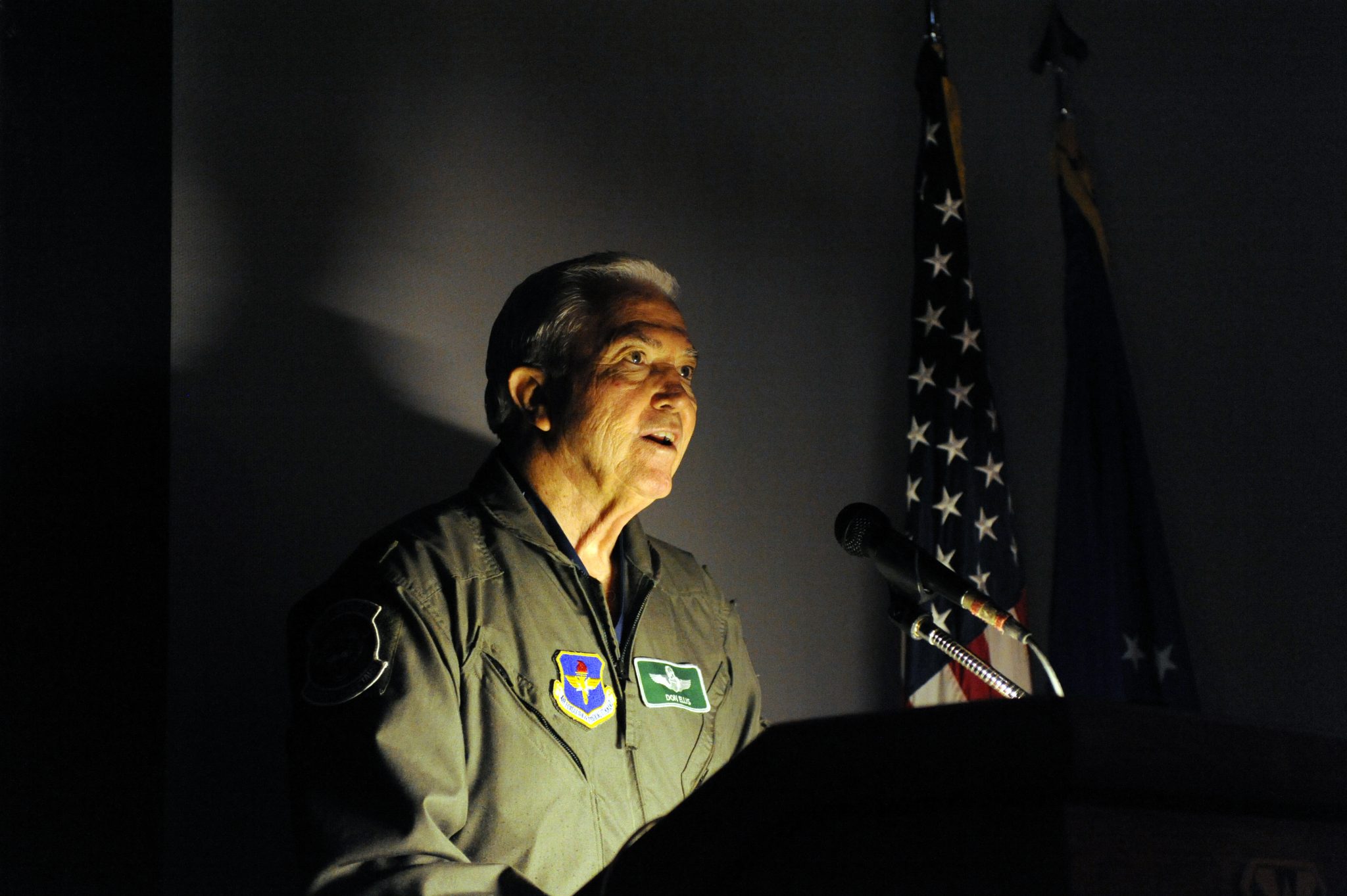 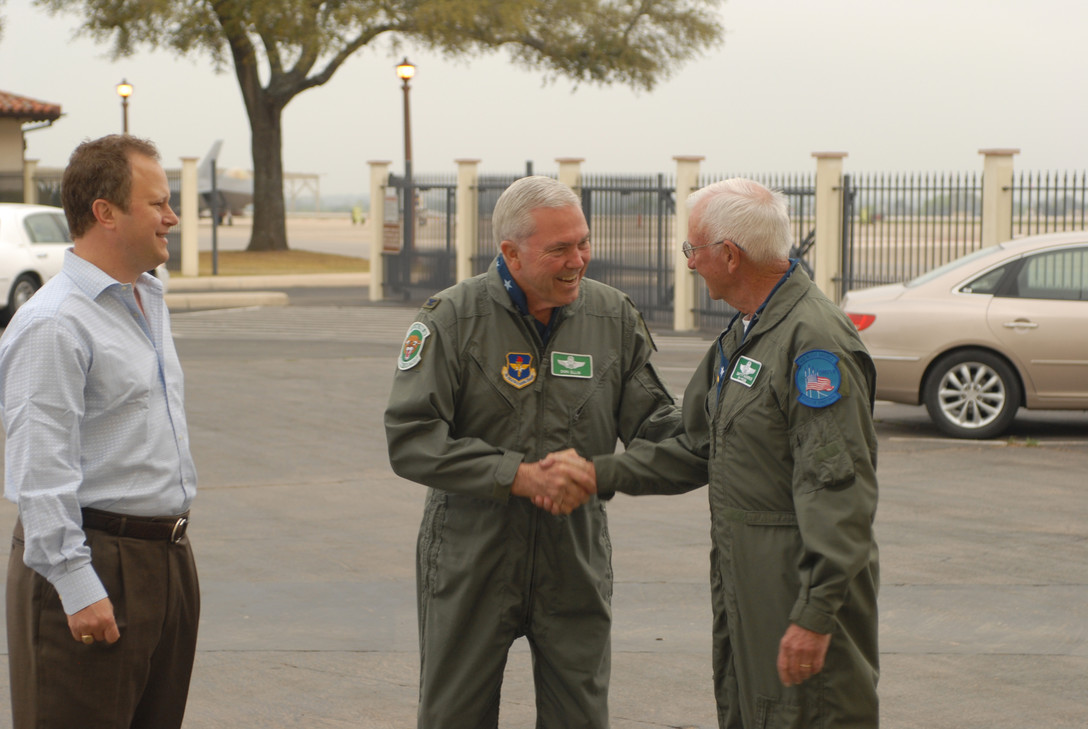 Retired Colonels Don Ellis and Carlyle “Smitty” Harris greet each other during the Freedom Flyer reunion at Randolph. Colonel Ellis was commander of the 560th Fighting Training Squadron when Colonel Harris and other POWs were requalified as pilots. (U.S. Air Force photo by Steve White)

Without a doubt, Don displayed the rock-solid leadership foundations that we teach and train at Leading with Honor—the pillars of character, courage, and commitment to do the right thing.

Having that type of foundation as a leader and role model naturally yielded the three main attributes that I witnessed repeatedly in his lifetime. They were being –

On a daily basis, in every conversation, behind every closed door, in every briefing and meeting, in social or professional situations, he displayed consistent character, fairness, and behavior.

“Col Don Ellis ‘walked his talk,’ which enabled him to amass a great amount of trust, respect, and influence with those around him.” [Tweet This]

On a regular basis I watched Don have the awareness and skill to choose the right person for the right job. Everyday Leading with Honor trains leaders to gain this discernment by using the Leadership Behavior DNA Assessment, but Don just naturally had the ability to connect people and their respective roles seamlessly together.

He also used this skill to effectively communicate down to his squadron, directly with his peers, and up to superior officers to keep objectives running well.

With a strong, confident personality, Don could be direct and commanding with his team. He was very clear in what he wanted, but he also skillfully balanced these traits with being collaborative and open to input and team decisions. He had this balance of confidence and collaboration because his motive was helping others succeed.

And like a good parent, once he gave an order he stayed out of the way and allowed the individual to do their job. Don exemplified what I call the leadership paradox of being both “confident and humble”, “hard and soft”, “tough and caring”, all in order to achieve the mission—and take care of the people.

The Leadership Law of Attraction

We have heard about the “Law of Attraction”—which generally means you get more of what you focus on.  I would suggest that there is another Law of Attraction for leaders:

“Leaders attract followers when they have a foundation of character, courage, and commitment.” [Tweet This]

This compelling attraction to Don Ellis was evident throughout his life and career. It has become his legacy, and we can all benefit from his example.

Stop and reflect on the people in your domain that are watching you to see how you act, behave, and respond.  Do they have a compelling attraction to your leadership? If you model integrity of character, courage, optimism, humility and confidence—and you can be both caring and tough, you have it. And you will be an inspiration and create a legacy like my friend Col. Don Ellis. 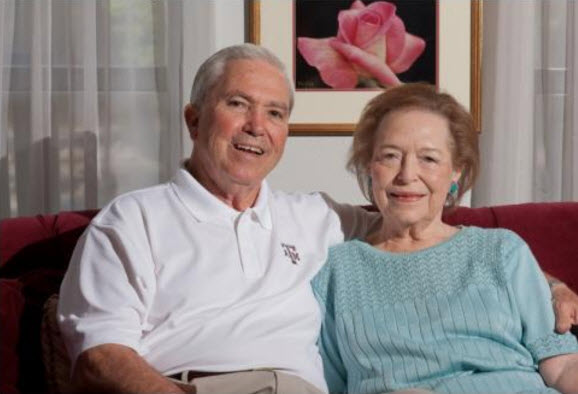 Don Ellis and his wife, Reni

Discover the Natural Talents of Your Entire Team

Every human is unique — and the best leaders know why this might be an advantage. Learn how embracing different talents and abilities, both our own and those of others, can lead to more effective leadership and success.

Grounded in statistical research and supported by data from millions of clients and more than 45 years of workplace experience, Lee Ellis and Hugh Massie reveal their personal stories and experience on how they’ve successfully helped organizations achieve their goals by applying practical insights on human design.

Order Your Copy in the Store

Order Your Copy on Amazon

“…There are few that have made significant strides on making ‘knowing yourself’ operational and real as Lee and Hugh have in this marvelous book. Reading this book is a compelling adventure. If you follow the path, you will change for the better!” – Richard Boyatzis, Co-author of the international best seller, Primal Leadership and the new Helping People Change

“This is the book that I have longed for during my decades in managing talent. Having seen the positive impact of DNA Behavior on my teams, this is a must-read for leaders who desire to build strong teams by accelerating natural talents in an authentic and lasting way.” – Belva White, CPA, MBA, Vice President for Finance & Treasury, Emory University

Col. Donald E. Ellis (Ret) joined his Lord, peacefully, on June 10, 2018. Don would remind us that we did not lose him; heaven gained an Aggie. He would want us to laugh; share funny stories; and create new, happy memories.

Born in Dequincy, LA on April 23, 1932, Don Ellis was an athlete his entire life. He received 16 Varsity Letters in high school and was inducted into the Louisiana High School Hall of Fame in 2010. He played varsity football and baseball for Texas A&M. Don was the star quarterback. In 1952, he was a member of Collier’s “Unsung Squad” and in 1953, was selected as the MVP and twice selected as “Back of the Week” in the SWC. He was inducted into the Texas A&M Hall of Fame in 2001 and served as President of the 12th Man Foundation.

Col. Ellis was a highly decorated Air Force officer serving from 1955 to 1982. Tours included Air Training Command, Alaska Air Command, the Air Force Academy, and 604th Special Operations Squadron. He was the offensive coach for the Air Force Academy Falcons for 6 years. A Vietnam veteran, touring in 1968 -1969 with over 333 combat missions in the A-37. Commanded the 560th Flying Training Squadron in which he had the honor of requalifying over 150 active duty military pilots who were POWs in Vietnam. He retired as Vice Wing Commander of the 12th Flying Training Wing.

Don was the most interesting man in the world; no comparison. We remember his infectious laugh, the war hero and warrior, the teller of corny jokes, the incomparable athlete, the delight of children; the consummate leader. Our friend, brother, uncle, great grandfather, grandfather, father and husband – we love you and miss you. In your honor, we smile and laugh, raise a glass and celebrate you.